YOKO ONO : FROM MY WINDOW

For sixty years, Yoko Ono (1933-) has freely worked across fields, connecting things that are different and producing new creative circuits among people and media. Although Ono has usually been discussed in the context of post-war American art, this exhibition will place her art in the context of her native Tokyo. Through materials documenting her early pieces, artworks she created in Tokyo in the 1950s, '60s and '70s, and recent works and installations, it will reveal how Ono's activities connect modern and contemporary; Europe, Japan, and the United States; art and music and literature; avant-garde and popular culture; and society and the individual.

As a pioneer of conceptual art that took her distinctive method of the use of words and language as its nucleus, Ono at times turned people's attention to serious issues using humor and other strategies. This exhibition will offer an excellent opportunity to look back from our perspective today at Yoko Ono's development in a remarkably international environment in Tokyo. 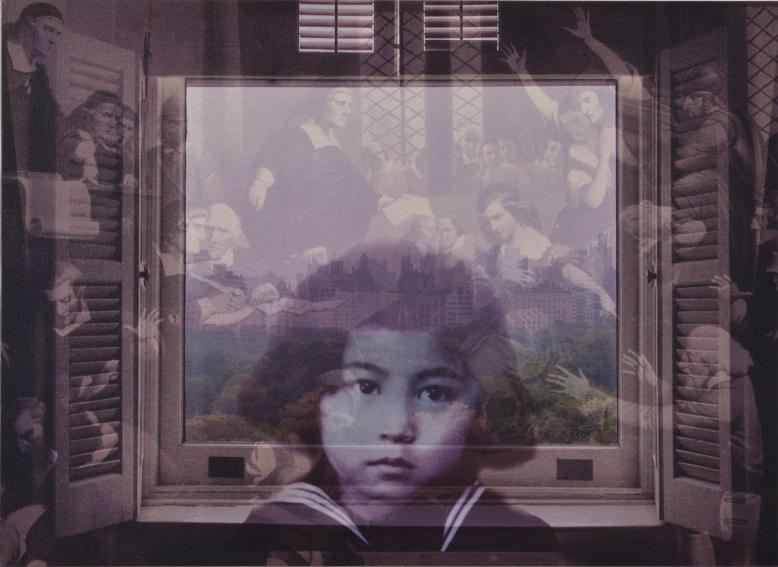 Highlights of the Exhibition

■ In the 1930s, Ono received an education in music at Jiyu Gakuen kindergarten. There, she had contact with thinking that recognized no distinction between art and life, such as in composing music on the basis of a clock's ticking and other everyday sounds. This was many years before her contact with American music trends in the 1950s and '60s. The exhibition will show the experiences shaping Ono's youthful sensibilities before she embarked on an art career, as well as artworks she undertook in her teens.

■Grapefruit, one of Ono's greatest works, and a profoundly important book in conceptual art history, was published in the summer of 1964 as the culmination of two and half years of residence in Tokyo. This exhibition will display twenty-two of the original INSTRUCTIONS FOR PAINTINGS first shown in Ono's landmark one-day exhibition and performance at the Sogetsu Art Center on May 24, 1962. It will also show for the first time in Japan, thirty-nine of the photostat positives and negatives of the original INSTRUCTIONS FOR PAINTINGS exhibited at the Sogetsu Art Center in 1962, which carried this process of removing oneself from the mark of the original to a new idea of the original, which is one of the important bases of concept art. Also for the first time ever shown in Japan are Ono's typewritten drafts of works, many of which are published in Grapefruit. Finally, the exhibition will include the museum's own copy of the rare 1964 first edition of Grapefruit, making clear the character of Ono's new art--which uses short stanzas to rouse the reader to imaginative thinking and action, much like a music score, demonstrating the process which she developed in Tokyo.

■In the 1960s, Ono began to confront social issues, such as her and John Lennon's "WAR IS OVER!" peace campaign of late 1969 for which Hibiya Outdoor Concert Hall became a venue in Tokyo, and her participation in the 1974 "One Step Festival" (Koriyama) which proclaimed an environmental theme. To broadly disseminate her message, she not only produced conceptual art employing advertising media but also adopted popular music methods, such as outdoor concerts and records. In recent years, she has produced artworks and songs dealing with violence. These creations serve to intersect Ono's individual experiences of violence with the memory of violence many people possess. 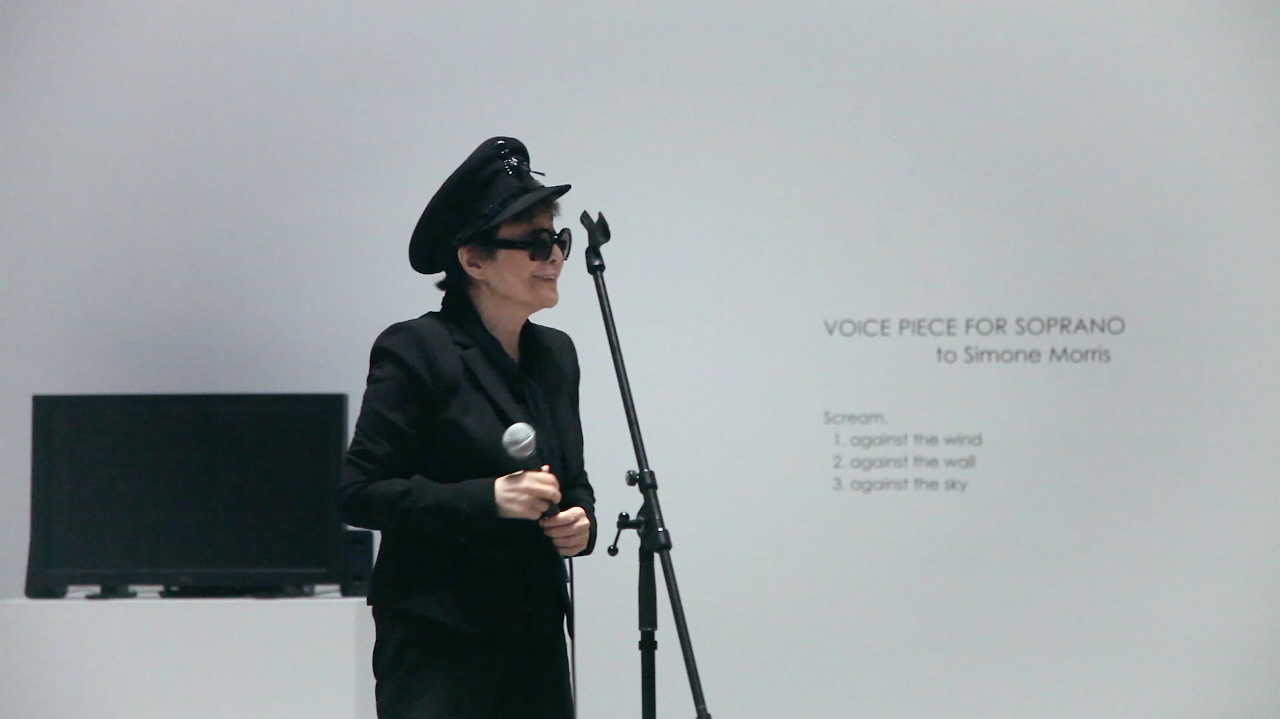 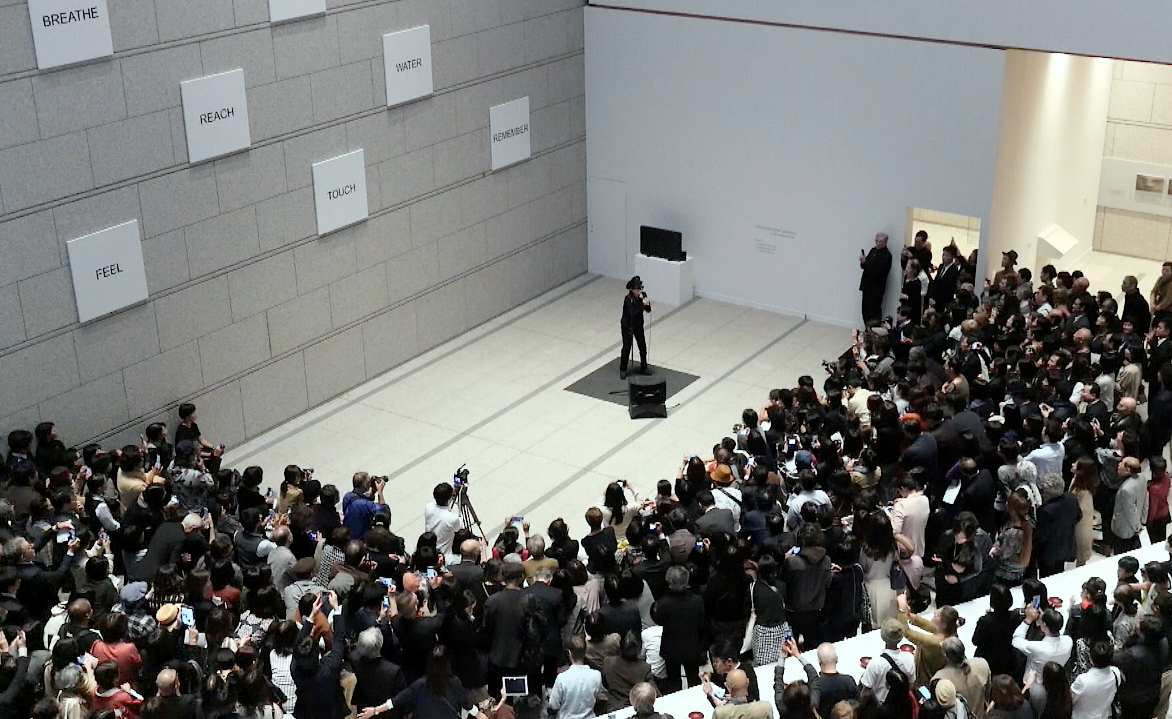 Still photography of Bag Piece, Touch Piece, Voice Piece for Soprano for Simone Morris, Painting to Shake Hands, Cloud Piece, and in the ATRIUM is permitted in under the following policies:

-Please refrain from using flash or tripods.
-Photography for commercial use is not permitted.
-Videotaping is not permitted.
-Please refrain from photographing other visitors, as it may infringe of their portrait rights.
-The photographer will bear full responsibility concerning the use of photographs.
Neither the museum nor artist will bear any responsibility whatsoever.
-You cannot take pictures in the ATRIUM of works with the No Photo Sign.
*Concerning photography for news coverage, please contact the museum for permission.

1933
Born in Tokyo. Spent her childhood in Tokyo, New York and San Francisco and returned to Japan before the World WarII broke.

1960
Organized with La Monte Young a series of concerts at her Chambers Street loft, New York.

1962
Moved to Tokyo. At the Sogetsu Kaikan Hall, Tokyo, Ono presented several events and exhibited her Instructions for Paintings in the lobby.

1964
Had a number of events at Naiqua Gallery, Tokyo and other places. Published Grapefruit. After making presentation of Cut Piece, Bag Piece and several other works in Kyoto at the Yamaichi Hall and in Tokyo at the Sogetsu Kaikan Hall, Ono returned to New York.

1966
In London, Ono held solo exhibitions at the Indica Gallery, then next year at the Lisson Gallery, and made a second version of Film No. 4 (Bottoms).

1969
Together with John Lennon, Ono launched poster and billboard campaign War Is Over! in 12 cities worldwide,including Tokyo.

1971
Held a solo exhibition This is Not Here at Everson Museum of Art, Syracuse, New York.

2009
Awarded Venice Biennale Golden Lion. Ono founded Courage Awards for the Arts to reward the contributors in the art field.

2011
Awarded the 8th Hiroshima Art Prize and held a solo exhibition The Road of Hope.