The Museum of Contemporary Art Tokyo is proud to stage Japan's first major retrospective of the work of Oscar Niemeyer (1907-2012), father of Brazilian modernist architecture.

The unique creativity of Niemeyer's designs for prominent buildings in his native Brazil earned him tributes both at home and abroad, including a raft of architectural awards such as the American Institute of Architects Gold Medal, Pritzker Architecture Prize, and Japan's Praemium Imperiale as well as the International Lenin Peace Prize. "Oscar Niemeyer - The Man Who Built Brasilia" will present a comprehensive overview - incorporating plans, models, photographs and video footage - of close to a century of architectural design by the legendarily charismatic Niemeyer, who was still indefatigably turning out new designs right up to his death at the age of 104.

Born in Rio de Janeiro, Oscar Niemeyer studied architecture at Rio's National School of Fine Arts before going on to work with his mentor Lúcio Costa. Following an encounter with Le Corbusier, Niemeyer worked with the modernist master in the design of the Ministry of Education and Health in Rio de Janeiro (1936) under the coordination of Lúcio Costa.
Already famous in his own right after having designed Pampulha architectural complex, Niemeyer worked with Le Corbusier again in designing the United Nations Headquarters in New York (1947). Niemeyer's greatest achievement however would have to be the building of the new capital Brasilia, Brazil's preeminent national project of the 1950s. Designing several of the major buildings (including the National Congress building and Cathedral of Brasília), Niemeyer created a city of the imagination. The triumph of Brasilia took on historical significance above and beyond its architectural brilliance, raising Brazil's international profile, and in 1987, earning its unique capital World Heritage status.
During the country's military regime of the 1960s, Niemeyer moved to Paris and based his practice there for 20 years, returning to his native land in 1985 and continuing to work prolifically, at the same time endeavoring to nurture his successors.

Niemeyer, who always insisted on the importance of art in architecture, had been gifted at drawing from a young age, and found that if he looked at his pictures for long enough, they began to feel real. Niemeyer's designs are suffused with the boldness and freedom of freehand drawing, and the physicality with which these traits are converted into spatial form, and distinguished by organic, dynamic lines likened to the curves of a woman's body, and a harmonious blend of vitality and modernist geometry.

Their futuristic shapes have also served as an inspiration to many Japanese architects.

As Brazil and Japan celebrate 120 years of diplomatic relations and Rio de Janeiro prepares to host the Olympics in 2016,
"Oscar Niemeyer - The Man Who Built Brasilia" will showcase a century of this great architect and son of Rio.

1. Models of some of Niemeyer's foremost buildings, in various sizes, will be on display including in the museum's approximately 500㎡ atrium, allowing visitors to experience for themselves the dynamism of his designs.

2. The venue design is courtesy of SANAA (Sejima and Nishizawa and Associates), architects greatly influenced by Niemeyer, with enormous respect for his work.

Taking as basenote a white conjuring up the brilliant light of Brazil, SANAA have put together a setting for the exhibition that is dynamic and modern, yet characterized by organic curves.

3. The exhibition will also include video material showing Oscar Niemeyer's day-to-day life and revealing the secrets of his creativity, plus detailed documents concerning the construction of grand capital city Brasilia. 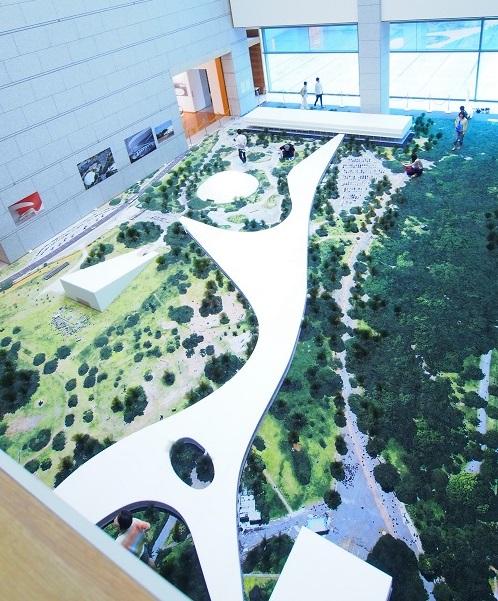 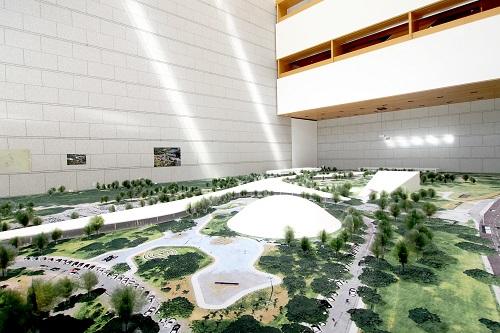 Still photography is permitted in "Oscar Niemeyer: The Man Who Built -Brasilia" under the following policies:
-You cannot take pictures of works with the No Photo Sign.
-Please refrain from using flash or tripods.
-Photography for commercial use is not permitted.
-Videotaping is not permitted.
-Please refrain from photographing other visitors, as it may infringe of their portrait rights.
-The photographer will bear full responsibility concerning the use of photographs.
Neither the museum nor artist will bear any responsibility whatsoever.
*Concerning photography for news coverage, please contact the museum for permission.

Embassy of Brazil in Tokyo, Ministry of Culture of Brazil, 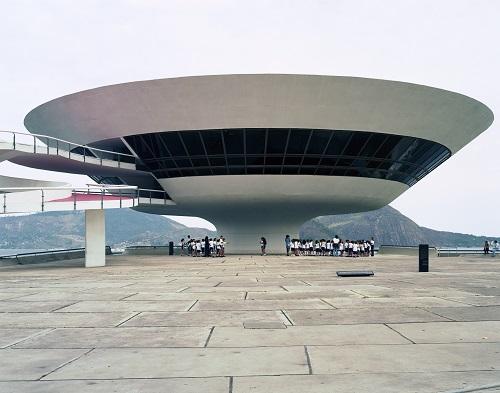 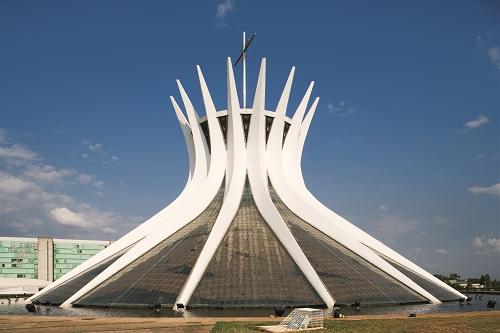 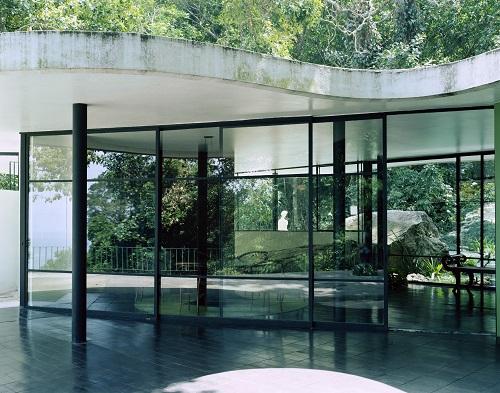 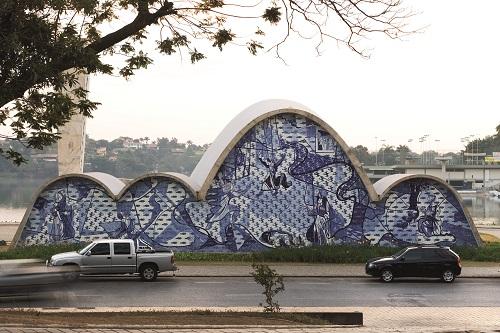 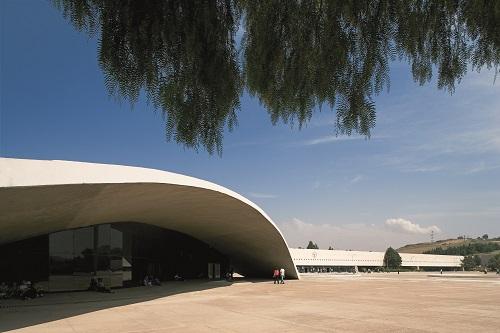 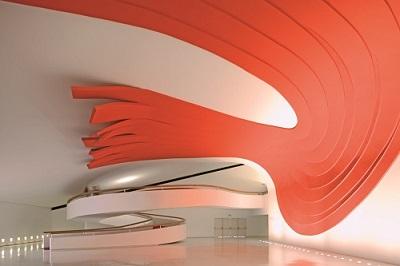 From top to bottom

In the first parallel event of "Oscar Niemeyer: the man who built Brasília", photographer Leonardo Finotti will talk about his work as an architectural photographer, focusing on Brazilian architecture; and architectural critic Akira Suzuki will take that as basis to comment on and compare it to Japanese approach to architecture, space and creativity. The panel will be moderated by Ambassador André Corrêa do Lago.

It will be a unique opportunity to learn about Brazilian architecture through the lenses of one of the leading architectural photographer, and understand it in comparison and contrast to Japan' s own architectural tradition, drawn by Professor Akira Suzuki.
LEONARDO FINOTTI is a Bachelor of Architecture by Universidade Federal de Uberlândia (Brasil), and has focused on architectural photography since before graduation. He has worked in Portugal, Germany and Brazil, besides shooting in various other countries. His images of Oscar Niemeyer's buildings make up one of the most thorough contemporary photography archives on the master's works (www.leonardofinotti.com)

AKIRA SUZUKI is a Professor of Architecture at Musashino Art University. An architectural critic, Ms. Suzuki is also curates architectural exhibitions, workshops for children, and is author of books on contemporary urban and residential design. His research focus on revising and redefining cities, architecture, furniture, products, and all other aspects of the built environment.

10:00-18:00 (opens until 21:00 on every Frinday from July to September)
*Last admission to the gallery floor & last ticket purchase is 30minutes before the closing hour.

「An Art Exhibition for Children: Whose place is this?」
「Thomas & Friends」
「MOT Collection Postwar Art in Close-Up」