Olafur Eliasson: Sometimes the river is the bridge

The Opening will be delayed due to mesure of preventing the spread of the COVID-19 coronavirus.
Click here for details.

“I am holding a small power station in my hand with sunshine I brought from Berlin to Japan,” said Olafur Eliasson at the Museum of Contemporary Art Tokyo (MOT) in April 2019, as he illuminated his surroundings using a Little Sun lamp – a solar-powered mobile light he created to provide clean, affordable energy to those without access to electricity.
Olafur Eliasson - Art and Ecological Awareness (2019)

Eliasson is highly regarded for his efforts to advance sustainable development through his art, and this is reflected in the exhibition title. “Sometimes the river is the bridge is about a fundamental shift in perspective that allows us to see that which is not obvious, the invisible. In the face of the collapse of our planetary boundaries, there is an urgent need to redesign the systems in which we live, to re-engineer the future. For that to happen, we need to reconsider fundamentally how we see everything. Up until now, we have organized our present based on the past; we now need to shape our present according to what we want from the future. The potential of this perspective shift is that it can help us reconsider the traditional idea of progress.”, the artist states. His interests in renewable energy and climate action form an integral part of the exhibition.

Since the early 1990s, Eliasson (b. 1967) has built up a wide-ranging artistic practice that spans the fields of photography, sculpture, drawing, installation, design, and architecture. Sometimes the river is the bridge features a representative selection of his works, many of which have never been seen before in Japan. This includes early and recent installations that use natural materials; sculptures that reflect Eliasson’s long-held interest in light and geometry; photographic series; drawings and watercolours; and documentation of several of the artist’s interventions in public space.

As a child Eliasson spent a considerable amount of time in Iceland, which led to his ongoing project of documenting the landscapes and natural phenomena there. His photographic work “The glacier melt series 1999/2019” (2019) makes tangible the shrinking of Iceland’s glaciers over the last 20 years.

Influenced by our complex relationship to nature, Eliasson’s installations often use natural phenomena – such as light, water and mist – to heighten our understanding of the way we perceive and co-produce the world around us. At MOT, visitors are invited to view the artist’s earliest work in the exhibition, “Beauty” (1993), where a rainbow emerges in a darkened space. A major installations created specifically for the exhibition will utilize the cavernous space of MOT’s atrium.
The activities of Studio Olafur Eliasson (SOE) are not limited to the production of artworks. Ideas and projects are developed through daily experimentation, collaboration and research. Sometimes the river is the bridge will integrate some of this process into the exhibition through a display of the studio’s recent research into new sustainable and biodegradable materials as well as recycling techniques.

The accompanying catalogue features a curatorial essay by Yuko Hasegawa, Artistic Director of the MOT, and conversations between Olafur Eliasson and philosopher Timothy Morton.
*To be published in mid-April 2020 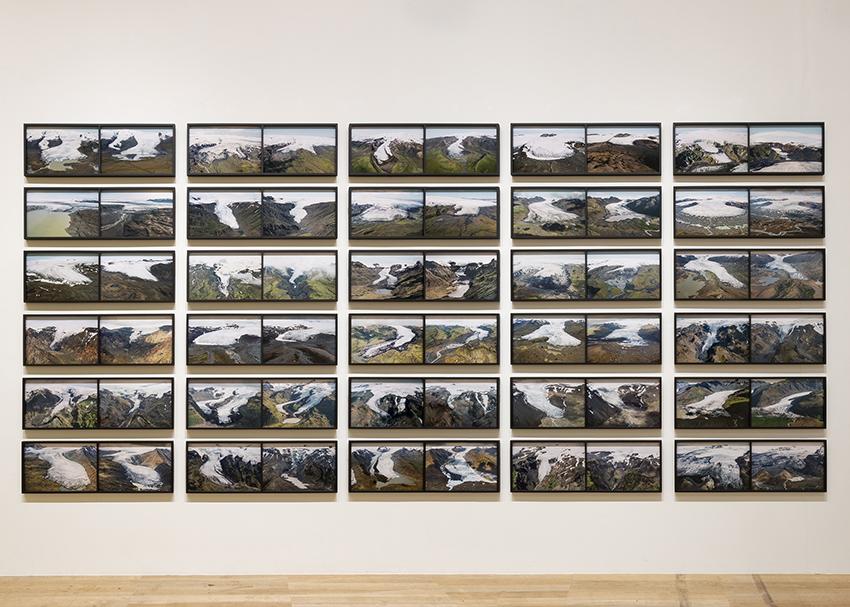 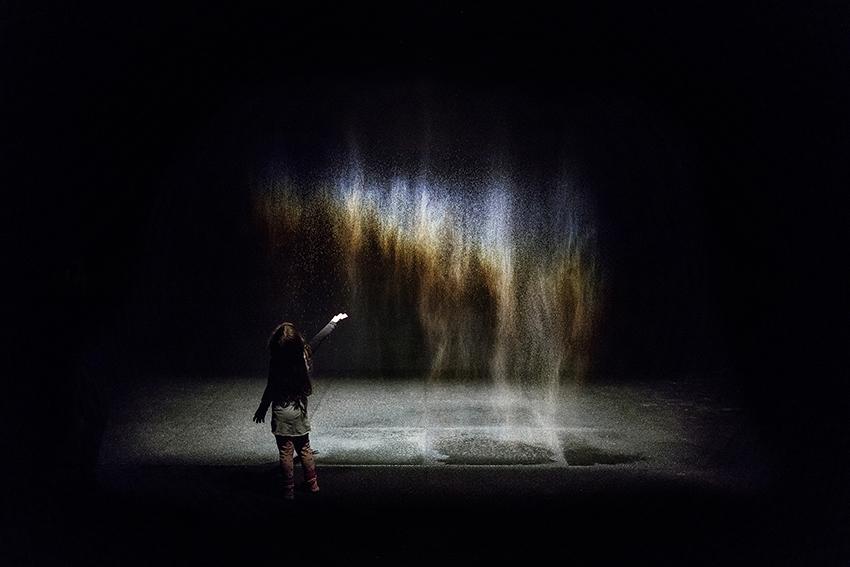 1 New and old works
For his solo exhibition at MOT, Eliasson presents several new works, including two major installations that are located inside and outside the museum, photographic series, and documentation from several of Eliasson’s interventions in public space. The exhibition features several experiential artworks and installations, such as Eliasson’s key early work “Beauty” (1993).

2 Works from Iceland exploring the landscape
Eliasson has photographed the Icelandic landscape for more than two decades. “The glacier melt series 1999/2019” (2019) is irrefutable proof of the changes in Iceland’s glacier ice masses over the last 20 years.

3 Sustainable practice
From the use of solar-powered lights to his efforts to reduce carbon dioxide emissions from the transportation of artworks, Eliasson addresses in this exhibition the urgent need to act on the global climate crisis. “Sunlight Graffiti” (2012) invites visitors to create drawings with sunlight stored in Eliasson’s Little Sun solar-powered lamps. The activities of Studio Olafur Eliasson are not limited to the production of artworks. They also encompass a variety of experiments carried out on a daily basis that tackle design and architectural questions as well as research into new materials. The exhibition will display the studio’s research into new sustainable and biodegradable materials and recycling techniques.

* Ticket includes admission to the MOT Collection exhibition.
* Amounts in parentheses indicate the price for a group of over 20 people.
* Children younger than elementary school age need to be accompanied by a guardian.
* Persons 65 or over are admitted free of charge on the third Wednesday of every month (Senior Day). Proof of age is required.
* Tokyo resident guardians accompanying children under 18 are admitted at half-price on the third Saturday of every month as well as the following day (Family Day). Identification is required.
* Persons with a Physical Disability Certificate, Intellectual Disability Certificate, Intellectual Disability Welfare Certificate, or Atomic Bomb Survivor Welfare Certificate as well as up to two attendants are admitted free of charge.
* Combined tickets also available; please ask at the ticket counter for details.
* March 20 (Fri) – April 5 (Sun) admission is free for those 18 and under (born after April 2, 2001)

Olafur Eliasson was born in 1967 in Copenhagen, Denmark, and is currently based in Berlin and Copenhagen. After a childhood spent in Iceland and Denmark, Eliasson studied at the Royal Danish Academy of Fine Arts from 1989 until 1995. In 1995, he moved to Berlin and founded Studio Olafur Eliasson, which consists of a large team, including craftspeople, architects, researchers, cooks, and art historians. In 2014, Eliasson and architect Sebastian Behmann founded Studio Other Spaces, an office for art and architecture.

Eliasson often uses natural phenomena and is internationally renowned for works like “The weather project” (2003), installed in the Turbine Hall at Tate Modern, London, or his public art project “The New York City Waterfalls” (2008), for which he installed four artificial waterfalls along the East River and on Governors Island, New York, US.

In recent years, Eliasson has increased his efforts to advance sustainable development. In 2012, Eliasson and engineer Frederik Ottesen founded the social business Little Sun to replace fossil-fuel lighting with solar energy in communities living without electricity and to raise awareness of the need to expand energy access to all. For the public installation “Ice Watch”, Eliasson and geologist Minik Rosing transported massive blocks of glacial ice from Greenland to Copenhagen (2014), Paris (2015), and London (2018) to raise awareness of climate change. Eliasson was appointed as a Goodwill Ambassador for renewable energy and climate action by the United Nations Development Programme in 2019.

*See this web site for most recent information postings.
*All programs are subject to change without notice.

Installation view of "Olafur Eliasson: Sometimes the river is the bridge"

The website for "Sometimes the river is the bridge" is now live.
The site presents all the artworks in the exhibition and focuses on studio's research into sustainable materials as well as the studio’s steps to think and operate more sustainably.