MOT Annual is a group exhibition featuring young Japanese artists that invites inquiry and discussion by focusing on a particular aspect of contemporary art. The 16th MOT Annual will look at the workings of invisible powers in nature and society that affect people and things, through four artists and an artist duo who attempt to reconstruct the mechanisms behind such powers.

Invisible powers are at work around us producing a complex world. Examples are the forces of gravity, magnetism, and friction, which directly affect the movements of things, and the influence of DNA on the nature and behavior of living creatures. The systems and rules that move and shape our society, along with the views, emotions, and fixed concepts of the people behind them, can perhaps also be called an invisible power. Today, when research and business grow increasingly specialized and fragmented, we as individuals are hard-pressed to maintain awareness of the mechanisms making up our world. With the advance of the information society, moreover, many mechanisms grow hard to discern or hidden from sight. The ability to reflexively grasp and process information is demanded of us, and for the most part, the powers at work behind the information escape our attention.
This exhibition ponders the invisible powers around us and the mechanisms that move and change things, along with artists who attempt to reconstruct those mechanisms, alone or in collaboration. Often their work recalls a laboratory or the microcosmic world of a miniature garden. We feel as if we are watching things move autonomously in a system disconnected from reality. That experience, however, directs our attention to the “taken-for-granted assumptions” at the basis of our lives and lets us glimpse a world set in motion by complexly coinciding elements. The artists’ visualization of invisible powers confuses our senses and, in the process, offers us opportunities to reconsider the fixed assumptions to which we have long grown accustomed.

A world of diverse, distinctive art expression
From delicate handmade collages to artworks incorporating biotechnology, and even software-art that investigates protocols—a complex world of diverse, distinctive art expression. Through artworks that arouse your curiosity about natural and social phenomena, and artworks that explore new ways of living, you will feel moved to learn more about your society, your times, and the world.

Yoko Shimizu (1977-) creates artworks using the mechanisms of nature, life, and the universe, visualizing the beauty of the micro phenomena of microorganisms, cells, DNA, and organic compounds, and the macro phenomena of plants, nature, and the entire Earth. Some of her best-known works include Cycles of Life, in which microorganisms form colonies that emerge, proliferate and deteriorate on colorful medium, and Photosynthegraph, in which the artist uses photosynthesis to create high-resolution graphic prints on plants.
Recent major solo exhibitions include the “Biodesign Lab Exhibition” (NARS Foundation, New York, 2019), “Layers of Life” (LAD GALLERY, 2017), and “The Clean Room” (LAD GALLERY, 2015). Recent major group exhibitions include “India Design ID” (New Delhi, India, 2019), “Link of Life” (Shiseido Gallery, 2017), and “Ars Electronica Festival” (Linz, Austria, 2016). Since 2020, she is an artist and researcher at the Ars Electronica Futurelab in Linz, Austria. 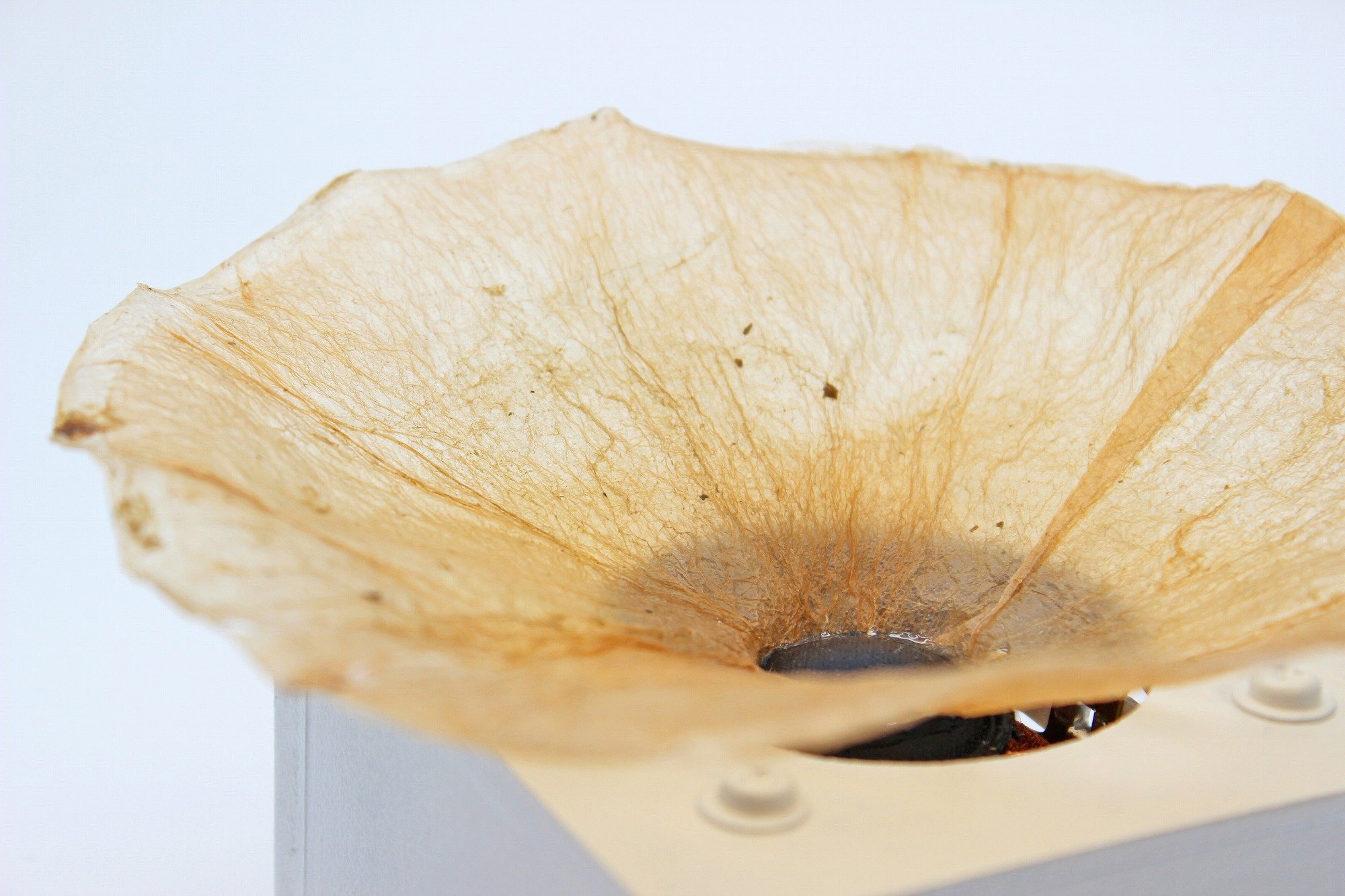 Yuta Nakajima (1985- ) examines our “taken-for-granted assumptions” from perspectives different from those of everyday life. Through workshops and playful activities, he attempts to reconstruct and rewrite such assumptions. As his motto "Not by myself and not with everyone" suggests, his projects take unpredictable elements and appear relaxed and unrestrained; yet, they concern issues such as household rules, public conventions, and social divisions, and explore the familiar themes of rules and taboos.
Recent major group exhibitions are “Even if we were to disappear someday, would the "world" continue to exist？”（Utsunomiya Museum of Art、2019), “Forest of Expression: Art as a Communal Act” (Arts Maebashi Gallery, 2016), ”Play: Taro Okamoto”（Taro Okamoto Museum of Art, Kawasaki, 2015), ”Artists and the Disaster : Documentation in Progress” (Art Tower Mito, 2012)
His major projects include “Family’s Rule – Sugitani,” in which a family obeys unique rules on October 13 each year, and “This A Side and That B Side,” in which participants, separated in two groups under familiar themes, construct a barricade between them. 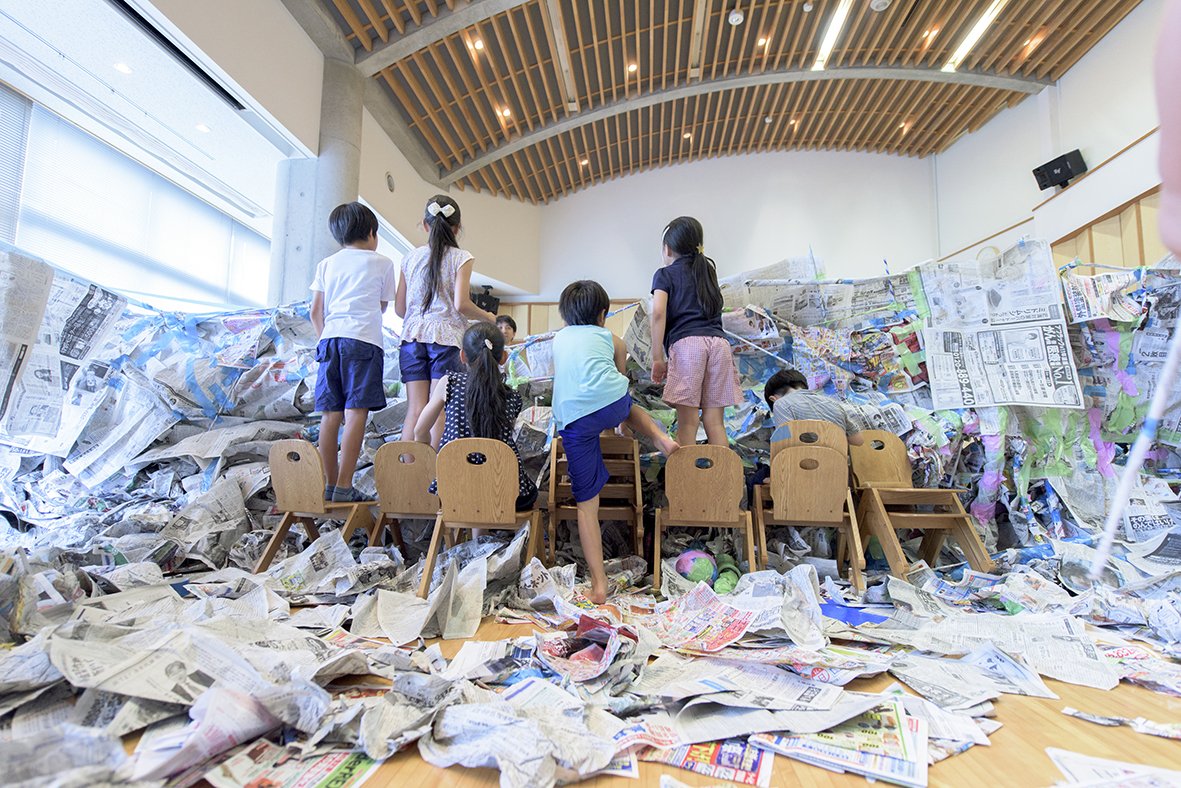 Yuta Nakajima, This A Side and That B Side, 2015
Photo: Hajime Kato 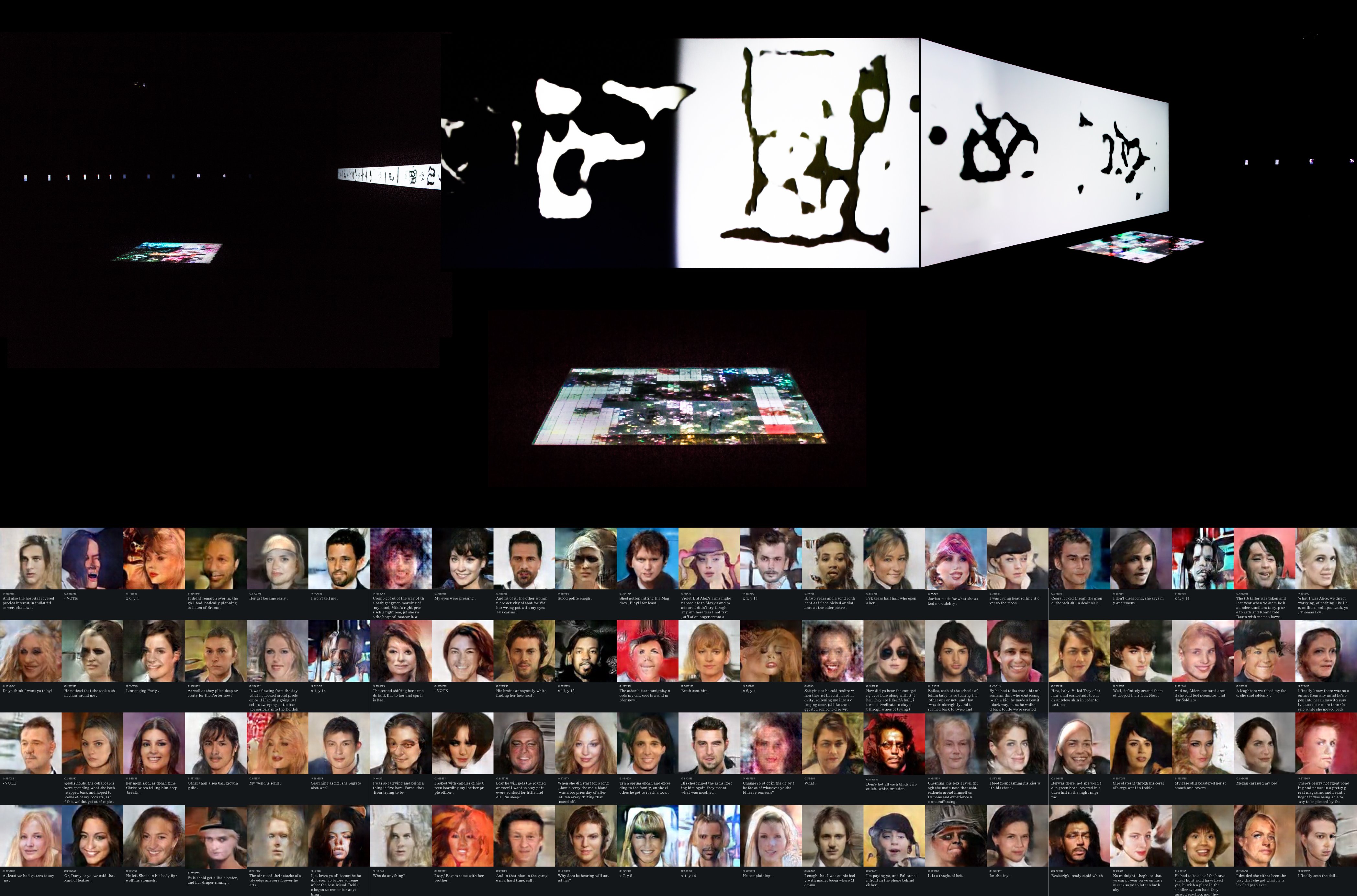 *All programs are subject to change without notice.