Kishio Suga (b. 1944) graduated from Tama Art University in 1968, and was one of the leading artists of the Mono-ha (School of Things) art movement. Recently, experiments of the 1970s that drew links between conceptual thinking and matter have garnered international attention, bringing great acclaim to Mono-ha works, particularly those by Suga, together with works of the Italian art movement, Arte Povera.

Suga's installations, which take form in a space, and use stones, wood, and metal plates as materials, could be described as generating a 'landscape' that arises as a consequence of the coexistence of each piece of matter. Matter coexists in a group, and a mutual linkage (renkansei) is born from that situation. By manipulating these intellectually, and with abundant sensitivity, space and matter begin to be transformed. The activation of space resulting from the intervention of the creative act is the essence of Suga's art.

In today's virtual, networked society, the works of Suga reflect our internal desires, which yearn for contact with a world complete with physical complexity and real sensations. We do not simply relate to these works superficially; each individual interacts in entirety with the space. Focusing on the 1970s, when Suga's concepts were highly radical, this exhibition uses the artist's installations, production notebooks, and documentary footage to present perspectives that are rich with allusions regarding matter, the body, and spaces embodied in his art. 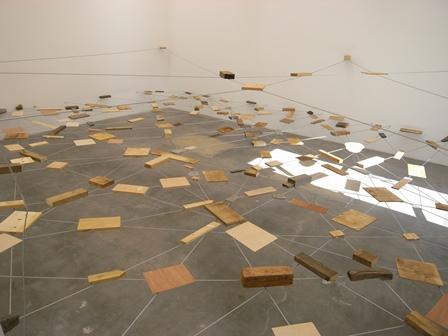 Highlights of the Exhibition

Installations in new spaces
Using familiar materials, such as industrial materials like wire and aluminum and mutable substances like water and wax in addition to pebbles and pieces of wood, Suga senses the unique characteristics of each exhibition space, and places each object in the space while remaining focused on essential questions about the space and about what each object is. His works, which are formed through the interdependence of unfinished things that rest or lean on each other, gain new qualities each time they are installed in a new space. This exhibition offers an opportunity to encounter and rethink the meaning of existence of things by way of the moments, and chains of moments, that Suga's installations are filled with.

Production notebooks-traces of thought
Since 1967, Suga has identified thoughts about things and space with great thoroughness, performing the act of verbalizing his thinking and writing it down on a daily basis in what he calls his production notebooks. In these notebooks, Suga has questioned the fundamental nature of art as it has been known to date, and sought out his own creativity. This exhibition brings together and puts on display these notebooks, which have equal significance to his art works. They reveal the traces of thought taken during the formulation of his original titles--titles that indicate the composition or the meaning of his works.

Activation bringing a space alive
Through an act he refers to as 'activation,' Suga continues to develop his work through 'activating' a space by rearranging things, rather than completing his works at the point where he places them at the gallery or outside his atelier. This exhibition shows numerous instances of documentary footage of Suga's activations, which began in earnest in 1974. The majority of the footage is being shown in public for the first time, and through it, the situation surrounding the art of the 1970s emerges in a different form from that seen in photographs. 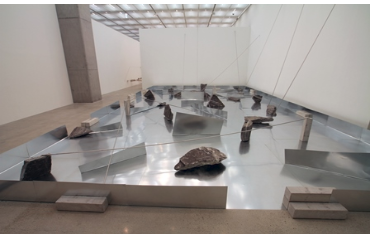 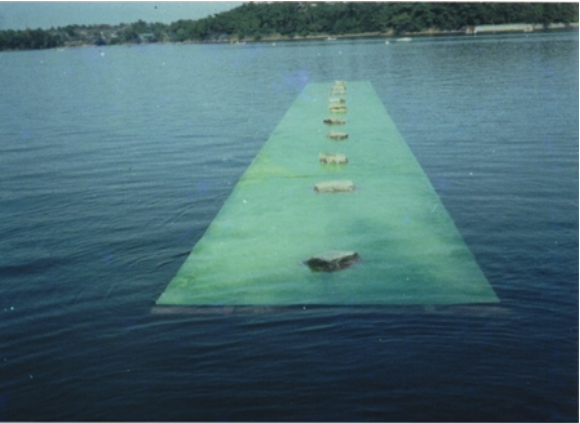 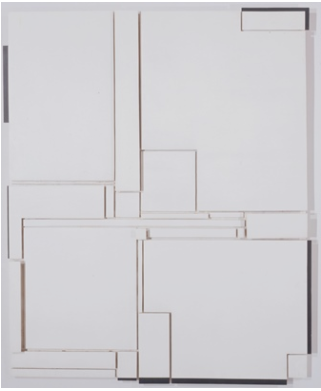 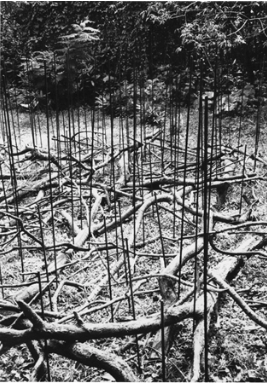 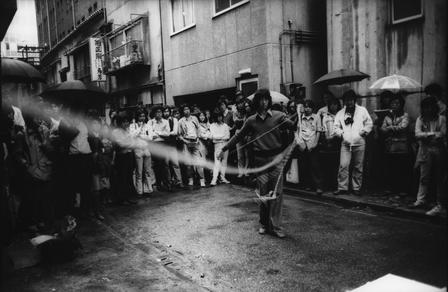 1964 Enters the Painting Department of Tama Art University, and then joins the classroom of Yoshishige Saito.

1968 Exhibits Fieldwork Layered Space (Sekisō Kūkan) outdoors near his atelier. Later, holds first solo exhibition Ten'i Kūkan (Space Transformation) at Tsubaki-Kindai Gallery in Tokyo, where in the 1970s, he displays numerous Fieldwork installations. Since then, continuing to the present, exhibits new work at solo exhibitions several times a year at galleries in Tokyo, Kyoto, and Morioka.

1969 Submits Ten'i Kūkan: Mirai no Noto Kara (Space Transformation: From a Note from the Future) to Bijutsu Techo magazine's art criticism contest under the pen name Sei Katsuragawa, and receives an honorable mention.

1970 Wins the 5th Japan Art Festival Grand Prix, and travels around the world.

1971 Exhibits Law of Situation (Jōkyoritsu) on the lake at the 4th Ube Biennale in Ube City.

1995 Matter and Perception 1970: Mono-ha and the Search for Fundamentals, Museum of Fine Arts Gifu, Gifu; traveled to 3 museums in Japan.