unset on-set is the first solo presentation in Japan of the Dutch artist Wendelien van Oldenborgh. In an artistic practice now spanning more than twenty years, van Oldenborgh has been exploring cinema as both form and a method of production that enables collective dialogue. People of various backgrounds participate in her filmmaking as cast and crew members, never with prewritten scripts, often (re)visiting and conversing on artistic and cultural practices, or sociopolitical events of the past or present. In this way, the works capture myriad subjectivities, perspectives, and relations, surfacing various issues that resonate in the present.

The exhibition presents five existing works and a new work. Among the earlier works are Maurits Script (2006), in which archival documents of Johan Maurits, the governor of seventeenth-century Dutch Brazil, are recited and discussed among individuals with various backgrounds living in Dutch society, and No False Echoes (2008), which captures various forms of dialogue regarding the cultural and political implications of early radio under Dutch colonial policy, intertwined with a voice reading aloud “If I Were a Dutchman,” written by the Indonesian nationalist Soewardi Soerjaningrat. Maurits Script was filmed at the Mauritshuis Museum, Maurits’s former residence in the Hague, and No False Echoes was filmed at the former radio station that delivered programs to the Dutch East Indies. As such, the film locations offer specific historical contexts to the dialogue and the imagery, mediating—yet not encapsulating—the articulation.

Van Oldenborgh’s filmmaking also often integrates music, film, poetry, and their histories. Two Stones (2019) features the German architect Lotte Stam-Beese and the Afro-Caribbean political activist Hermina Huiswoud, both of whom absorbed socialist ideology in the Soviet Union in the early 1930s and later lived in the Netherlands to pursue their political ideals and struggles. Filmed in two locations―Rotterdam, the Netherlands, and Kharkiv, Ukraine―with a group of architects, artists, and residents of housing projects planned by Stam-Beese, the work unravels the two women’s ideals and various dissonances through the dialogue.

Many of van Oldenborgh’s works address women’s issues in various ways, as for instance in the recent obsada (2021), whose title means “cast” in Polish. Consisting of footage taken by a group of women involved in the Polish film industry, it captures their open conversations on how patriarchal power, which the earlier Polish avant-garde movement failed to recognize and still persists today, deeply influences their subjectivities and aspirations in the cultural field. In Hier. (2021) (Dutch for “here”), members of a young all-female band and two female writers living in the Netherlands weave out a delicate interplay of their emotional realities, memories, and political reflections on colonial history, race, gender, and sexuality inside the under-renovation Museum Arnhem, a former gentlemen’s club for Indo-Dutch men.

The new work in the show was filmed in Tokyo and Yokohama and casts light on two female Japanese writers, Fumiko Hayashi and Yuriko Miyamoto, both active from the early twentieth century until the immediate postwar period. The power and contradictions in both these women’s words reverberate in dialogues and images of an intergenerational cast moving through various spaces of knowledge, memory, and culture, reflecting today’s struggles around gender, politics, and love.

Van Oldenborgh will create a site-specific setting for viewing the film works as well as for communication, so as to facilitate intersections among the works, the audience’s bodies, their gazes, and their voices—intersections that complicate and critique normalized frames for understanding identity, discourse, and power. 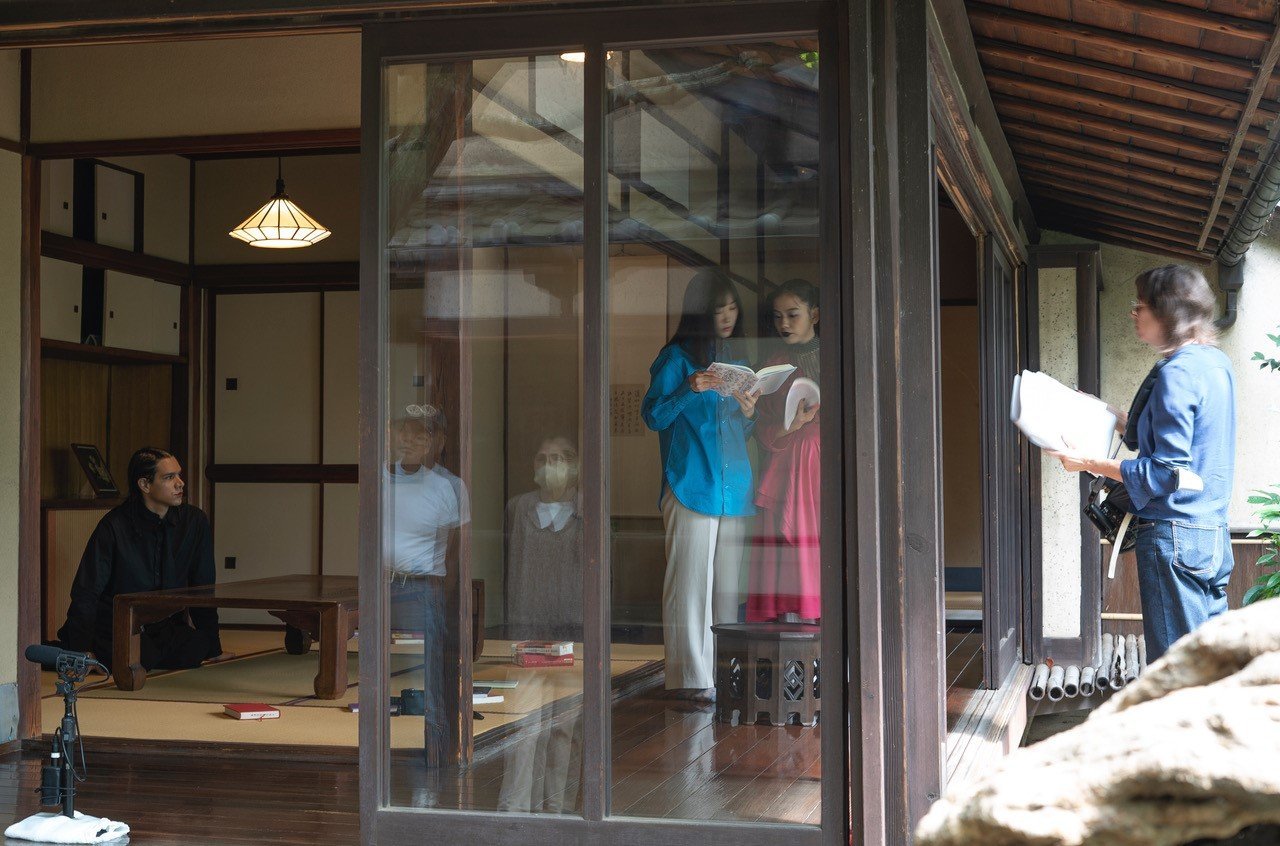 Kingdom of the Netherlands, Mondriaan Fund

Events
Exhibition-Related events will be held. ※Please visit the museum website for updates and more details.