Ryoji Ikeda  ＋/－[the infinite between 0 and 1]

Ryoji Ikeda is Japan's leading electronic composer and sound artist who has gained a reputation as one of the few international artists working convincingly across both visual and sonic media. Music, time and space are shaped by mathematical methods as Ikeda explores sound as sensation, pulling apart its physical properties to reveal its relationship with human perception. Since 1995, Ikeda has been intensely active through concerts, installations, and recordings, integrating sound, acoustics and sublime imagery. 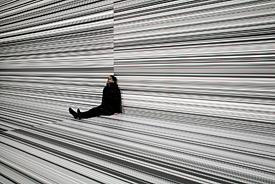 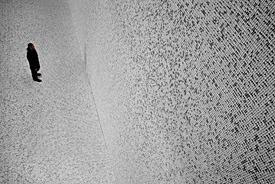